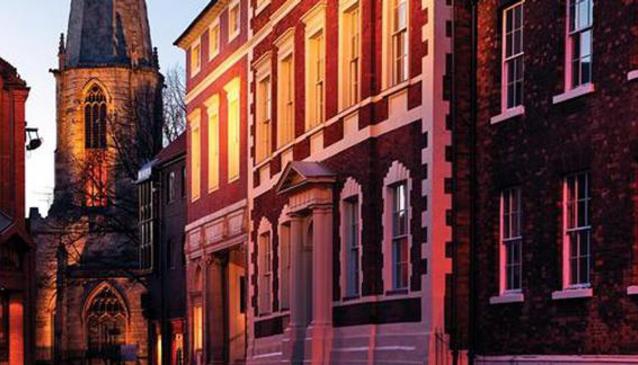 Fairfax House was originally the winter residence of Viscount Fairfax. Created in 1762 by the famous architect John Carr, the house was to be used as a base for the Fairfax family when they were attending social functions in York.

After the death of Viscount Fairfax the house changed hands many times and was used for many different purposes. Prior to the major restoration project undertaken by the York Civic trust in 1982 the house had become one of York's most popular entertainment venues; In 1919 the house was transformed into a Cinema and a Dance Hall. This involved the installation of an auditorium to seat 1000 people. Major internal modifications destroyed a lot of the original interior features of the building.

York Civic trust have painstakingly restored the building to be as close as possible to how it would have looked when Viscount Fairfax lived there.

Today the house is like a time capsule complete with furniture and fittings very similar to that which Viscount Fairfax and his family would have lived amongst. In fact, the furniture in Fairfax house is part of a superb collection of furniture, paintings, clocks and arts which belonged to Noel Terry, whose great grandfather founded the famous Terry confectionary business. Noel Terry amassed the collection over the course of his life time and it has been described by Christie's as one of the finest private collections formed in the twentieth century.

You can discover for yourself exactly how Polite society lived with a step back in time to Fairfax House.There is a changing programme of special events and exhibitions throughout the year designed to let you experience and enjoy the House in many different and exciting ways.