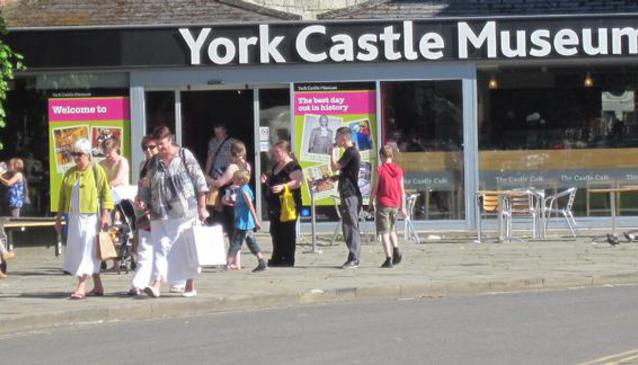 Go back to the 19th century and find York Castle Museum’s famous recreated Victorian street, Kirkgate. Head for The Sixties gallery and swing back to when the skirts – and the cars – were mini. Or do time the old fashioned way in the museum’s original 18th century cells. Learn about the building’s fascinating history, see the cramped conditions the inmates were kept in and hear about the characters that were sent there – such as the infamous highwayman Dick Turpin.

Part of the museum used to be the County prison and you can visit the cell where the infamous criminal Dick Turpin spent his last days before being hung on the Knavesmire and Buried in York.

York Castle Museum is best known for the recreation of a Victorian street. This is one of the best museums of everyday life in Britain and one of the most fascinating in York.

The Museum was founded by Dr John L Kirk who collected everyday objects and kept them safe to show to future generations.

There are recreations of period rooms throughout History as well as exhibitions which change regularly.

* Children go free with one paying adult. Offer does not apply to organised groups.